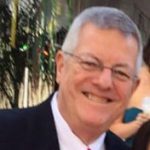 I have a sensitivity to coconut, which causes me to have very achy joints and itchy skin if consumed. It is my understanding that Ibrutinib contains a coconut derivative as a filler. Would this be the cause of some of the side effects experienced by patients?

You are correct that Ibrutinib contains Sodium Lauryl Sulfate (SLS) which is generally derived from either palm oil or coconut oil.  The purpose of this ingredient is to help the powders dissolve more rapidly so they can be absorbed through your GI tract.  I could not find anything specific about the source that is used in Imbruvica so I reached out to the Medical Affairs Office of Pharmacyclics the manufacturer.  They took several weeks to come back and tell me that their SLS can be derived from either palm or coconut oil. It is however unlikely that you are having an allergic type reaction to the SLS because the manufacturing process destroys the coconut protein and allergies are response to proteins.  Since there is a new tablet formulation now available, I did ask and the company confirmed that the tablets will also contain SLS.

How does Ibrutinib affect patients with osteopenia?

Imbruvica patients frequently describe achy joints and I personally found that these improved over time to the point where I seldom feel any different than I did before starting this medication two years ago.  Imbruvica has also been associated with dermatologic side effects including pruritus (itchy skin).  If I had to guess I would say that these are just known side effects and not connected to the coconut sensitivity.

Imbruvica has also been shown to cause some thinning of cortical bone so it may have a negative effect on osteopenia.  However, as with all drugs, the provider and the patient need to weigh the benefits of the drug over the risks.  The risk of not treating CLL may outweigh the small chance of additional bone loss above current state.

Is it ok for me to have the new shingles vaccine (Shingrix) with CLL? I am not on medication for CLL or currently receiving treatment.

The first question, is have you had chickenpox?  If you have never had chickenpox then the only way to develop shingles is by direct contact with the lesions of a person with shingles. Shingles is a re-activation of the virus that causes chickenpox which is often dormant for decades and may re-appear during times of immune decline (aging or stress related and CLL). If you never had chickenpox and don’t have exposure to young children then you are likely safe going forward.  There is a chicken pox vaccine that could be an option.

There is no medical reason why you should not consider the new Shingrix® vaccine.  There is extensive evidence that there is an immune component to CLL and our response to vaccines may not be as profound as a person without CLL.  That being said, the Shingrix® has an added ingredient or adjuvant that enhances the effect of the immune response.  It is likely that you will get a positive response, but the literature does mention that not everyone gains immunity.  Also, the testing of this vaccine was done in health patients although the manufacturer does say that they will use the experience of treating immune-compromised patients to formulate future recommendations.  I do want to caution you that this vaccine does not prevent shingles but it, like the older vaccine, has been shown to reduce the incidence, severity and duration of outbreaks if they do occur.

I would definitely discuss this with your CLL team before making this decision as they know the particulars of your case and may determine that this vaccine is contraindicated at this time.

The demand for this new vaccine has been overwhelming and the manufacturer website does state that Shingrix® is currently on back-order.  Because this vaccine is a two-shot series, the manufacturer is suggesting that providers not start anyone new at this time and save the limited supplies for the second dose which is recommended to be given 60 to 180 days after the first dose.