Happy New Year! Over a year of monthly meetings, The CLL Society Bloodline will teach the basics needed to understand CLL, starting with definitions and diagnoses this month. It will also provide news, help with acronyms and new vocabulary words, and offer simple, fun quizzes. The cycle just restarted and is updated yearly. If you are new to CLL/SLL, expect to learn many new words and acronyms, but it does get easier over time.

The correct answer is 3. Neutrophils, or “neuts,” are the most common white blood cell in the body and are critical in fighting infections, especially bacterial ones. They are also involved in inflammation and are the primary cells found in pus. If we have too few neuts, a low absolute neutrophil count (ANC) called neutropenia from CLL, or medications such as chemo or venetoclax, we may be at risk of severe infections. They are called neutrophils because their granules stain neutral under the microscope.

NEWS: At the most important blood cancer conference of the year, the annual meeting of the American Society of Hematology (ASH) 2022, the biggest news was data in relapsed or refractory CLL patients (CLL that has either come back after successful treatment or did not respond to a prior treatment) indicatedthat zanubrutinib is not only safer and caused fewer cardiac side effects than ibrutinib, it also led to longer times without disease progression.

COVID-19 continues to be a problem for CLL/SLL patients who are all immunocompromised. No effective monoclonal antibodies are authorized for treatment, though Paxlovid, remdesivir, and molnupiravir are all very good at preventing hospitalizations and deaths in those infected. Evusheld is no longer an effective prevention against >90% of the circulating variants, so masking and other protective measures are even more critical.

THE BASICS: Definitions and Diagnosis. CLL is a slow-growing or “indolent” or “chronic” leukemia/ lymphoma of the B-lymphocytes, a subtype of white blood cells and an essential part of our immune system. CLL is leukemia because it’s found in the blood, and lymphoma because it arises from a lymphocyte. It can be found in the blood, bone marrow, and lymph tissue, including the lymph nodes and the spleen, and rarely in other organs, such as the liver, kidneys, and even the brain and lungs. SLL (small lymphocytic lymphoma) is the same disease that has not significantly spilled over into the blood. CLL/SLL is a cancer of the B cells involved in making antibodies and other aspects of our immune system. CLL is diagnosed by finding ≥5000 clonal (genetically identical) B lymphocytes in the blood for at least three months. SLL, where there are fewer than 5000 monoclonal B lymphocytes in the blood, is usually diagnosed when an enlarged lymph node is biopsied, and the same type of cells found in the bloodstream with CLL are seen in the biopsied node. The clonal nature of the B lymphocytes should be confirmed by flow cytometry, a test that identifies specific surface markers on the cell, a sort of immune fingerprint. A bone marrow biopsy and imaging such as CT or PET scans are rarely needed to make the diagnosis and should not be done at diagnosis without a good reason.

WORD/ACRONYM OF THE MONTH: Clone. A group of genetically identical cells that originates from a single parent cell. For example, leukemia cells develop from one original abnormal cell. CLL is a clonal cancer, though to confuse things, one may have several sub-clones of CLL that fight for dominance and respond differently to treatment. That is why combinations of drugs are sometimes used in therapy to wipe out all the subclones. 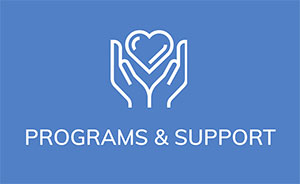