BREAKING NEWS
ASH 2021: Dr. Jennifer Woyach with an Update on Ibrutinib vs. Chemoimmunotherapy as a Frontline Treatment for Chronic Lymphocytic Leukemia
An Immunologist Reviews CLL/SLL Patients and Their Compromised Immunity
Application of National Comprehensive Cancer Network Clinical Practice Guidelines in Oncology (NCCN Guidelines®) for CLL/SLL from the informCLL Real-World Registry
ASH 2021: Age-Related Differences in the Informational Experiences and Needs of Patients with Lymphoma: Results from the 2020 Lymphoma Coalition Global Patient Survey

Home » CLL/SLL Patient Education Toolkit » What is the Spleen? The spleen is found in the left upper quadrant of the abdomen and should not normally be felt during a physical exam. Even an enlarged spleen can be difficult to palpate especially in obese patients, because unlike the liver on the right side of the abdomen, its lower edge can be soft and hard to feel.

Although we can live without our spleen, it performs a few helpful functions

Splenectomy (surgical removal of the spleen):

If the spleen is removed due to injury or other problems, its functions can be taken over by other organs such as the liver, the bone marrow and the lymph nodes.

If possible, it is best to be vaccinated four to six weeks before splenectomy to protect against the encapsulated bacteria. That included the shots against pneumonia, meningococcus and HIB (haemophilus influenza B) and also the flu shot if appropriate.

Splenectomy can often be done in a laparoscopic procedure that has a shorter recovery time. As it is not a common surgery such as a laparoscopic gallbladder removal, research supports searching out an experienced surgeon to lower the risk of complications.

The Spleen in CLL:

In CLL, the spleen may not be a clinically involved in any significant way and may be of no concern, or it can become enlarged, a condition called splenomegaly. That can lead to a full feeling in the abdomen and early satiety (sense of not being hungry).

Splenomegaly that causes complications is one indication for treating CLL. A massively enlarged spleen can lead to a significant drop in the red blood cell and platelet counts. It can also worsen autoimmune problems in CLL such as autoimmune hemolytic leukemia (AIHA) and immune thrombolytic cytopenia (ITP) where splenectomy is one treatment option.

Any therapy that successfully treats CLL will also treat the CLL in the spleen, usually shrinking the spleen (think of it as a huge CLL node) back to normal size with relief of symptoms and improved blood counts.

While the spleen has long been associated in literature with the emotions, especially melancholy, it is in truth both a multitasking but fully expendable organ that can cause problems for those of us with CLL. 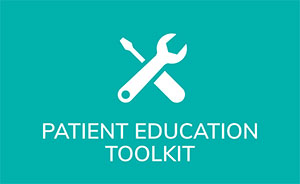